Introducing: An Entrepreneur and a Pioneer

The ability of a person to beat the odds, emerging triumphant, constitutes their character. Some would call it a “trait.” But not all people have in them the wherewithal to overcome adversity and chart their way to success. When this happens, success and admiration are justly earned.  And what’s more,  seldom do we come across a person who can pass on this trait to his or her heirs. Continue this over three generations and there are few names which comes to the forefront. One name which certainly does, a person who had the drive, entrepreneurship, chutzpah and Americana, was Walter A. Sheaffer! 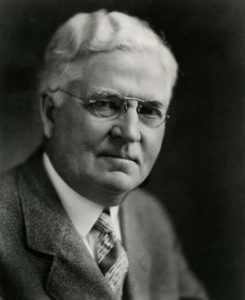 Walter A. Sheaffer. Thanks to: www.sheaffertarga com

Imagine a man who was unable to complete his formal education and physically toiled his way through life.  One who had, like many others in his time, been unsuccessful in securing his fortune in the California Gold rush of 1848-55.  A person who overcame his early date with financial ruin and went on to establish a successful jewelry business. 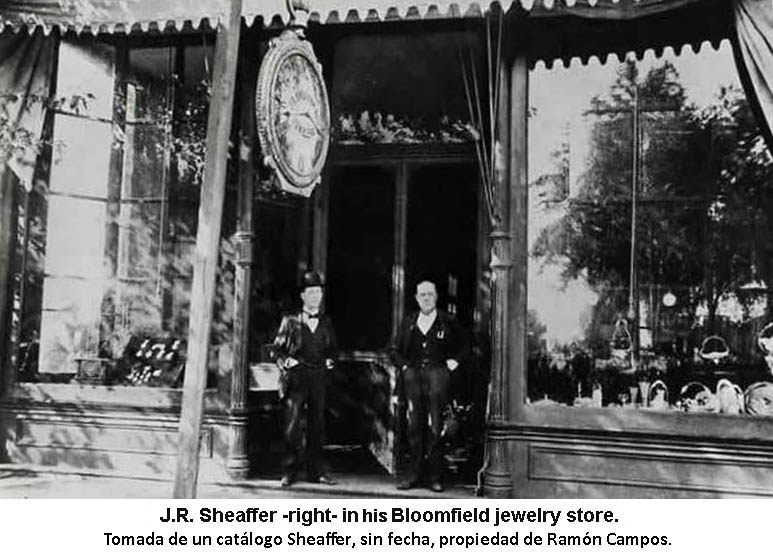 Walter’s jewelry business generated enough income to allow him to invest in the Bloomfield Insurance Company, an establishment which unfortunately went up in the 1871 Chicago Fire. Walter was then forced to sell his business and join his father’s enterprise, which, with his inherent ingenuity, he turned around. Faced with stiff competition from the then emerging departmental stores, Sheaffer positioned the business to sell  high end watches – niche marketing before the term had even become a part of management parlance! 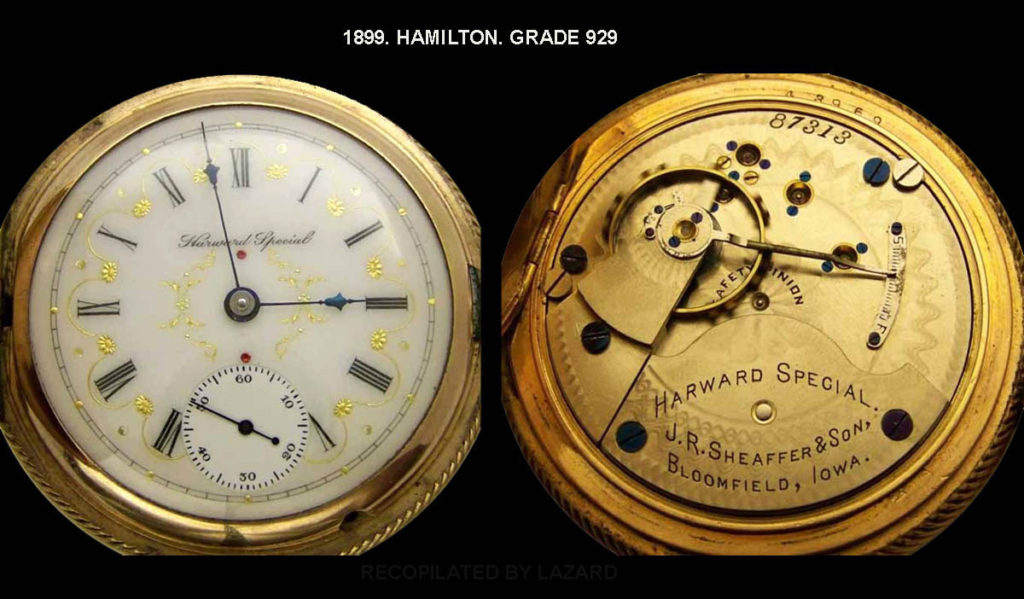 In 1906, having saved enough by his toil, Walter took the plunge with another jewelry store, this time his own. Here too, sheer hard work and merchandising brilliance triumphed.  With his wife and family, he was now in the position to breathe easy.

The Start of the Sheaffer Pen Company

But did he? No! At 45 he staked everything he had to venture into the business of pen making! Imagine, jumping from the security of a successful jewelry store into the fire of manufacturing — especially into a business that already had as many as 58 competitors, some of them well entrenched.  Sheaffer started his pen business in the backroom of his store with seven employees. I suspect many of his family and friends tried to dissuade him from staking his life’s savings to follow the dictates of his heart. There was a very fine line between recklessness and entrepreneurship.

But Walter had conviction! He was convinced he had a winner in the lever-fill pen  he had perfected and patented in 1908. Sheaffer’s first pens were produced in 1912, with parts production contracted to other manufacturers (primarily to Julius Schnell) and assembly done in the back of his jewelry store.  Around 1913 they moved into their first separate plant, still mostly assembling parts produced by others. He had confidence in his business abilities – that he could lead his new team of mavericks to success. It is perhaps coincidental, but Henry Ford’s Model T automobile was also introduced in the same year. We know what Ford did to the skeptics, it’s time we learn more about W. A. Sheaffer. 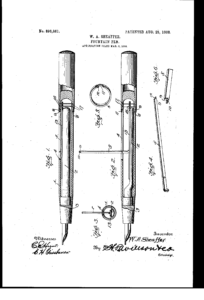 W. A. was the founder and first President of the Sheaffer Pen Corporation. He remained President for a quarter of a century, and then remained active in company affairs until his death in 1946. During his tenure as President he had to steer the affairs of his fledgling company through the roaring twenties, two World Wars and the Great Depression! The period between the two great wars is often considered to be the “golden era of fountain pen manufacture” and Walter Sheaffer was right there in the middle of it all. It was also with his leadership that The Sheaffer Pen Co. became an integral part of what is known as the “Big Four” of fountain pens (along with Waterman, Parker and Wahl Eversharp). 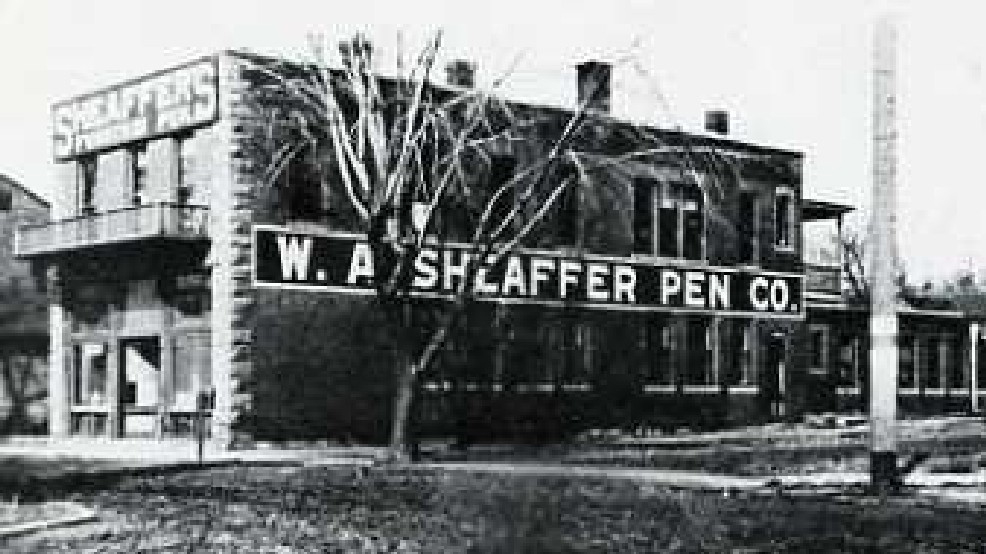 In the spring of 1912, George Kraker and Ben Coulson, former salesmen for the Conklin Pen Company, joined W. A. Sheaffer and their first Sales Office was opened in Kansas City, Mo.

What is remarkable is that even as the company took its first faltering steps towards success, the second generation was already being groomed, hands-on, in Sheaffer’s young son, Craig, who would eventually succeed him.

From day-one the company stressed quality and to Walter goes the credit for incorporating the intricate craftsmanship of horology to fountain pen making. Naturally, for a product that was fuss-free, backed by both the genius of W. A. Sheaffer, along with the compelling thrust of sales veterans like Kraker and Coulson, success was almost preordained. The upward trend of the sales graph and encouraging market feedback led to the formation of W. A. Sheaffer Pen Co. on January 1st 1913, with Kraker and Coulson holding 40 percent of the stock.

An example of a ca, 1915 Sheaffer lever-fill pen can be found here — item #243. There are very few surviving pens from their earliest production.

In the first year, the new company captured 3 percent of the market for writing instruments, inking sales of US$ 100,000. Profits were in the tune of US$ 17,500 – a whooping 50 percent of the initial investment!  Walter bought out Kraker and Coulson and reincorporated the business.

But things were far from hunky-dory in those initial years. The company’s patent was infringed upon ceaselessly and led to protracted legal proceedings.

In 1916, the company moved to Fort Madison, Iowa, purchasing the old Morrison Plow works. This provided Sheaffer with its first full-scale plant facilities.

The Assembly Department was the first to move into new quarters in the Morrison Plow Works, purchased in 1917. Source: The Sheaffer Review, September 1963

In 1917, the company had 100 employees, producing 100,000 pens in total. For the mathematically inclined, the models offered had 11 parts and called for as many as 62 hand operations to manufacture and assemble each pen. Current and projected business was so good, another factory was opened in Kansas City.

It was in the Morrison Plow Works that the production of the now fabled Sheaffer gold nib was started with one of the three men in the country who could match the exacting Sheaffer standards in nib making – Winfield Kay of Jersey City, NJ.  Walter personally pursued Winfield.  This was another wise move that has borne the test of time, but must have raised quite a few eyebrows when it was implemented. Just the way the Sheaffer Lifetime did in 1921. Priced at US$ 8.75, which was three times that of available competitive products, the 14-karat gold point was guaranteed for the lifetime of the owner. This was an unprecedented move, unthinkable in the world of fountain pens until then. The first Lifetime pen became an immediate best seller. An early black hard rubber Lifetime Sheaffer is shown in our Quarterly Vintage Pen Catalog #63, item #219, along with an early examples of a Sheaffer Casein Jade Lifetime pen.

The first transcontinental airmail flight left New York City for San Francisco in 1920.  It established the commercial value of the airplane. The twenties were years of important product development at Sheaffer, including Script ink, the desk set, the use of plastic instead of hard rubber for caps and barrels. Sheaffer Review, September 1963

What followed in 1924 was even more ingenius – the now famous “White Dot,” a simple hallmark that automatically distinguished itself was introduced. It was Sheaffer’s way of telling the world that the products bearing the mark were “unconditionally guaranteed to work for a lifetime.”

Skrip, the writing fluid developed in-house was another product from the Sheaffer factory which achieved instant stardom. Here’s an example of a handwritten note using vintage Sheaffer Black ink. 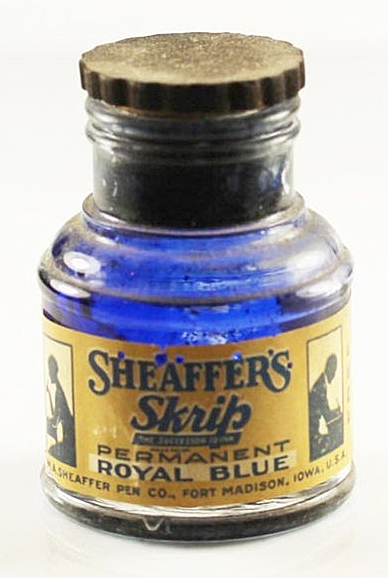 The following decade saw Sheaffer tackling the economic crisis head on with  its ability to stun the popular imagination with outstanding product developments. The Feathertouch two-way (also called bi-directional) point was introduced. The plunger and a visible barrel pen were also introduced, the darkness of economic recession notwithstanding. The pall of gloom was the darkest when, in 1937. the plant was vandalized and robbed of inventory worth US$ 50,000. But even with that hardship, during the height of the depression, Sheaffer launched a profit-sharing plan for the company’s employees. 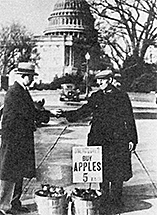 Scenes like this were common during the depression.  Despite troubled economic conditions, Sheaffer introduced a profit sharing plan for it’s employees.  Sheaffer Review, September 1963

The Profit Sharing Plan incentive increased productivity and worker wages. From four percent in 1934, the bonus rose gradually to an average of 25 percent by 1949 and during one quarter of 1950 to 50 percent, the highest ever achieved. By the end of 1954, a total of 1,871 workers had received nearly $1.5 million in profit-sharing bonuses. Source: http://www.mississippivalleypublishing.com/daily_democrat/sheaffer-company-is-a-main-chapter-in-hansman-s-book/article_8f05bbae-b2c4-11e7-9c62-23011b28106b.html

Then came a new office building and realignment of work spaces in keeping with the explosive growth that the man at the helm foresaw. Shortly followed by the addition of newer manufacturing facilities, all designed to prepare the company for the 1940s.  The first molding machine was inducted in 1937. In 1938, Walter made way for his son, Craig Sheaffer, to take up the mantle of the President. 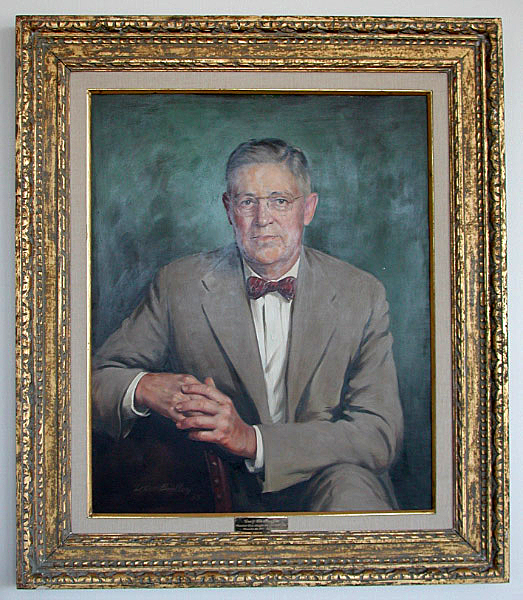 Note: a lot of information for this blog came from Sheaffer’s Review, September 1962.  More to come in Part II.