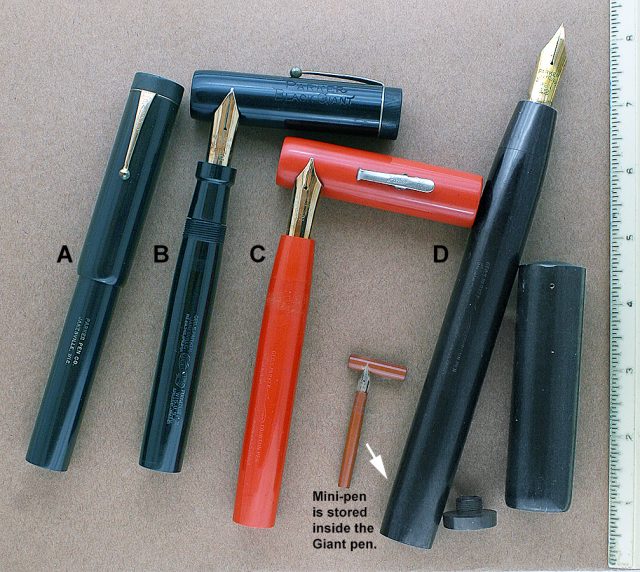 According to Fountainpenday.com, “Taking place on the first Friday in November each year, Fountain Pen Day is celebrated by enthusiasts worldwide as a time to embrace, promote, and share the use of fountain pens.”  The first Fountain Pen Day was celebrated in 2012, so 2021 marks its 10th anniversary.  I thought that everyone would enjoy this article which is reproduced from the November 4th edition of South Florida Reporter, with their very kind permission.

When you are taken to record the most important moments of your life, or turning words into poetry, only the elegance of a Fountain Pen will do. Fountain Pen Day reminds us of this, and encourages us to pick up a fountain pen and put our souls to paper.

Sources: Days of the Year  Pen Heaven  Notedian  Every Fact Ever 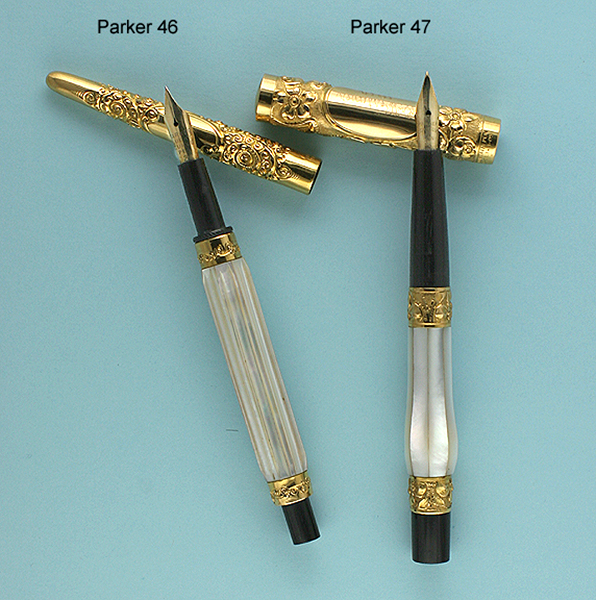 Early Parker Pens. Left to Right: Parker Model 46, Parker Model 47. When all pens were Black Hard Rubber (Ebonite) pen manufactures adorned their pens with “overlays” made, for example, from gold, sterling silver, pearl, and abalone, both to add value (profit) and to differentiate them from plain pens.