Carter’s History  – A Timeline  (Thanks mainly to Wikipedia)

1858: William Carter Company founded. Sold paper and repackaged other companies’ ink as his own.

1868: Ink sales now so large it moves into its own building.

1884: Carter, Dinsmore and Company is now the largest ink producer in the world.

1903: Richard becomes President and continues his father’s commitment to research and development of inks, glues and related products. 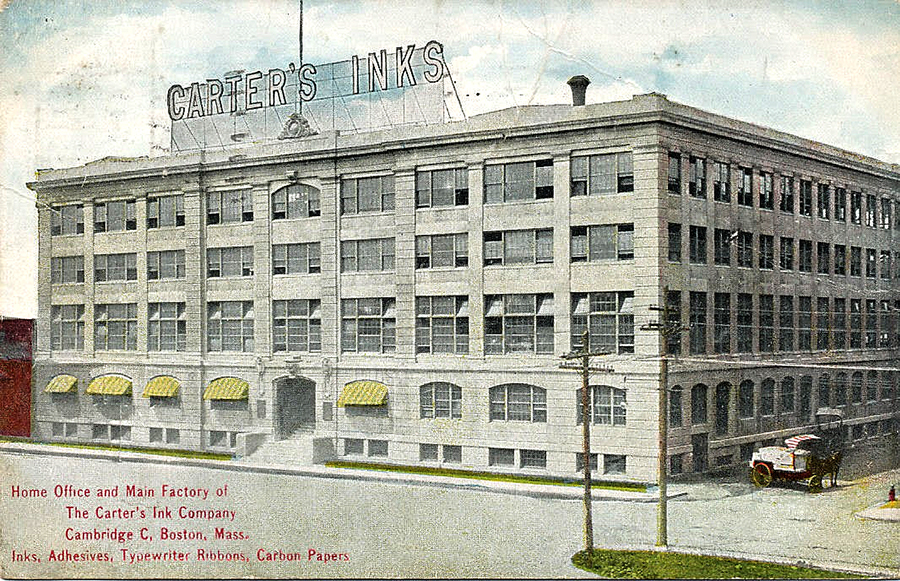 ca 1925: Carter introduces a line of Fountain Pens. Probably most famous for their 1929 introduced Pearltex line.

1932-8: Carter leaves the fountain pen business to concentrate on inks.

1975: The company is sold to Dennison, now Avery Dennison. 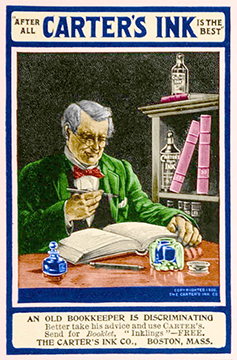 If you have wonderful images of Carter’s pens, ink bottles or ephemera (or links), let us know so we can add them to the post.  Thanks very much.