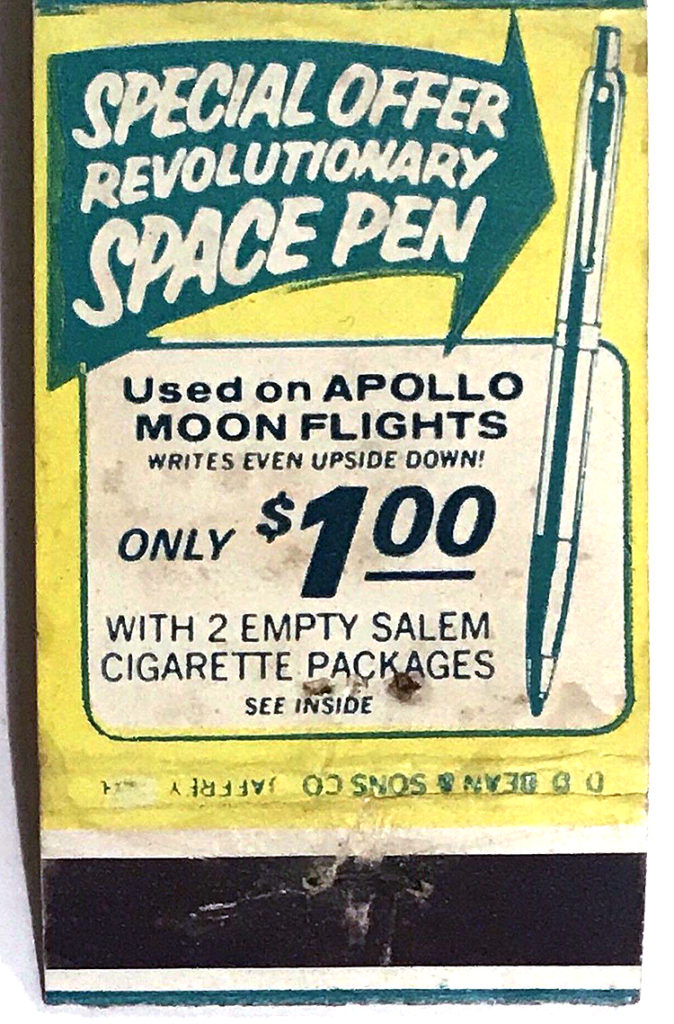 During the first NASA missions the astronauts used pencils. For Project Gemini, for example, NASA ordered mechanical pencils in 1965 from Tycam Engineering Manufacturing, Inc., in Houston. The fixed price contract purchased 34 units at a total cost of $4,382.50, or $128.89 per unit. That created something of a controversy at the time, as many people believed it was a frivolous expense. NASA backtracked immediately and equipped the astronauts with less costly items.

During this time period, Paul C. Fisher of the Fisher Pen Co. designed a ballpoint pen that would operate better in the unique environment of space. His new pen, with a pressurized ink cartridge, functioned in a weightless environment, underwater, in other liquids, and in temperature extremes ranging from -50 F to +400 F.

Fisher developed his space pen with no NASA funding. The company reportedly invested about $1 million of its own funds in the effort then patented its product and cornered the market as a result.

Fisher offered the pens to NASA in 1965, but, because of the earlier controversy, the agency was hesitant in its approach. In 1967, after rigorous tests, NASA managers agreed to equip the Apollo astronauts with these pens. Media reports indicate that approximately 400 pens were purchased from Fisher at $6 per unit for Project Apollo.

The Soviet Union also purchased 100 of the Fisher pens, and 1,000 ink cartridges, in February 1969, for use on its Soyuz space flights. Previously, its cosmonauts had been using grease pencils to write in orbit.

Both American astronauts and Soviet/Russian cosmonauts have continued to use these pens.

Fisher continues to market his space pens as the writing instrument that went to the Moon and has spun off this effort into a separate corporation, the Fisher Space Pen Co.  Thanks to: Steve Garber, NASA History Web Curator; https://history.nasa.gov/spacepen.html

This entry was posted in Matchbooks, Vintage Pen and tagged Matchbook, Vintage Pen. Bookmark the permalink. Follow any comments here with the RSS feed for this post. Both comments and trackbacks are currently closed.