The 1910 Waterman here is “World’s Smallest Pen” eyedropper-fill in Black Hard Rubber. Often called the “Doll Pen” because one rests in Queen Mary’s doll house, on the King’s Library Table. Just over 1.5″ long and less than 1/8″ in diameter, this pen was actually produced by Waterman as a way for their salesmen to spend time with potential new accounts. Their salesmen would visit a druggist, jeweler, shop owner, to try to open a new account. The buyer would inevitably say that they didn’t need a new pen line and were happy with what they had. The salesman would now offer to show them the “World’s Smallest Pen” as long as he was there (often alongside a Waterman 20!). This allowed more time and interaction together, and often resulted in a sale! Waterman then published in their in-house newspaper, Pen Prophet, that they would produce these for sale by their vendors as a special order item only. Near mint+, and extremely rare, especially in the original “coffin” box! Close-up photo. A stellar specimen! 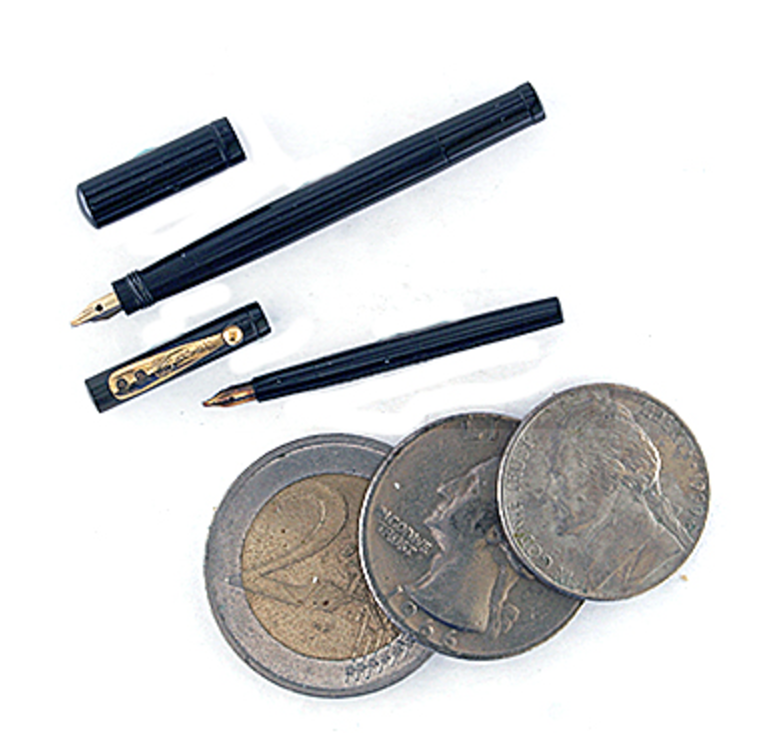 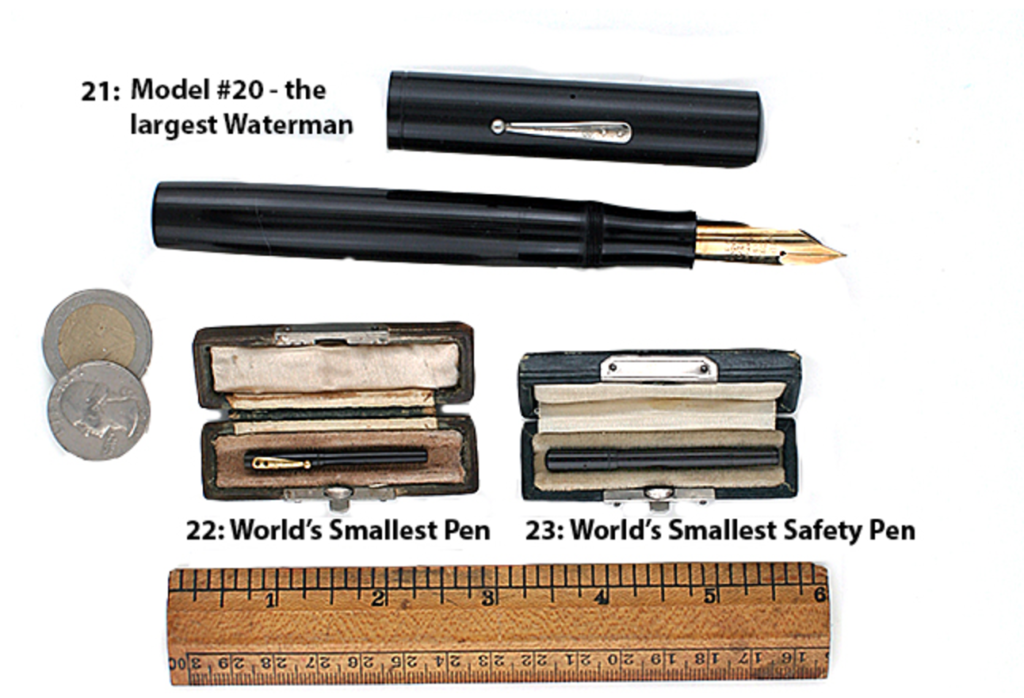